My Story My Purpose My Drive • Raz Coaching for ADHD
970-846-8145 michelle@razcoaching.com

My Story My Purpose My Drive 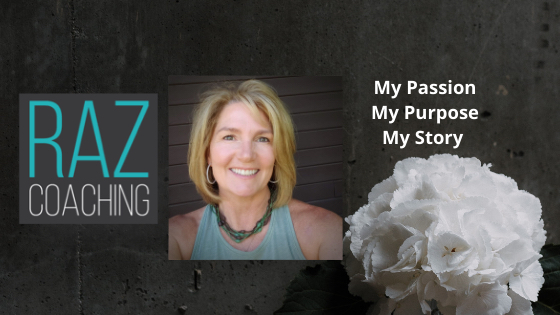 My daughter is the story behind my story, my purpose and my drive to be an  ADHD coach.  She  was in fifth grade and we had been traveling in South America for four months during the school year. I worked with her during our home-school sessions and got to see how she was learning in a one on one environment. It was clear that she understood the concepts being taught. She was getting good grades in this environment.

Back from our travels, she settled back into the classroom but soon began to fall behind academically. It didn’t match up to me, and I couldn’t understand what was going on. I really did not know much about ADHD.

Being a former teacher, I began to research what could possibly be going on. It was when she took a math test that it really clicked for me. She had been practicing at home, and she knew the concepts. She took the test and nearly bombed it. When I got that paper back home, I looked at it and the whole front sheet of the test, she earned a 100 percent. As she turned her paper over, I noticed that she missed like ten questions in a row, and then she picked up and was able to finish out the last part of the test. So I thought, “What is going on here?” Something happened when she flipped that paper over, and she just blanked out.

It was an AHA Moment!

So, I took it upon myself to get onto the Internet and find out as much as I could so I could help her succeed at school. At that time, there was not a lot of information out there, but I pieced together some scenarios and thought, “You know what? I think she might have ADHD!” I went to the teacher to share my newly found knowledge, and the teacher said to me, which was so typical for girls. “Oh, she’s just a Chatty Cathy. She’s very social, and she just needs to focus more in the classroom.”

It was a dead end.

That was very typical at the time to think this way. They just needed to sit down and do the work and focus. Well, I thought, “ No, there’s more to her issues than that!” I personally knew because I was working with her one on one when we traveled. So I took it upon myself to go ahead and get a private psychologist to do a test with her. She went through a bunch of different battery tests, and sure enough, it came up that she was ADHD combined, meaning some hyperactivity and some inattentive.

And then, I started piecing everything together. I got the material and started reading about what this ADHD thing was or what this attention-deficit was all about. It finally all made sense to me what was going on with her. When we were in a small setting, she was able to be focused. She was able to get her work done and pay attention. But in the classroom, she was social, and she had a lot of friends, and she didn’t have that filter to get rid of those extra stimuli and just focus in the classroom.

She got distracted. A lot.

I was relieved and thought, “OK. Now we have something we can go to the school with, and we can say aha we know what the problem is now, and here are some ideas to help her and others out in the classroom.” Because, of course, I went and researched even further about some ideas of what could help a kid with ADHD in the classroom.

Being very green with my new found knowledge, I went to the classroom very excited with here’s what you can do, and I’ve done the research and I want to help you. I did not get the support that I wanted, and I was really disappointed in the system at that point.   The teachers didn’t know anything, especially in the elementary years of how they could be supporting kids in the classroom with ADHD.

A lot has Changed Since Then

It just wasn’t talked about enough at that point. So, I did the option of doing some home things with her and started giving her strategies.

And one of the things that actually worked for her was this: The next time she took a math test, I said to her, “When you find yourself losing concentration, and you’re getting bored, I want you to take a break: look at the clock. Look at the second hand (they still had the second-hand clocks in her classroom) and watch the second hand go around for 30 seconds and then focus on your math paper.”   Then, I gave her another tool. It was to cover up each problem and only look at the one question in front of her. This helped her, so that she didn’t get overwhelmed with the stimulus of all the problems on the paper.

That proved to be one of the tricks that helped her.

Well, that was the beginning of me starting to research and dig into ADHD. Because I was an educator, and have a graduate degree in curriculum and assessment, my interest was high.   I dug really deep, and started to educate myself as much as I could at that time. As the years went on, I ended up putting her in a smaller environment where she could get more one on one. Also, I started looking into coaching. It turned that  the research at that time was brand new about how you could take corporate coaching and bring it into an education level and help students. I actually got really excited about that and hired a coach for her.

Now, she was at this point in middle school. She was not ready for a coach, and that is one of the first things that we ask today, “Is the child, student or client ready for coaching?” If it could have been presented a little differently, it might have worked better, but at that time, she was just too young. So we tried it for a while, and I ended up being her coach.

I thought,   “You know, maybe I should get trained in this.” And so I went through the training, and that was the beginning of my journey of coaching. I became her coach. It was just within my own family to really embrace and understand and help my loved one.

I became one of the first trained ADHD coaches

Being an out of the box thinker, I’m continuing to investigate ways that we can have these external structures put in place so that these people with ADHD can have success.   Because one thing that I recognize with my daughter is that she was extremely bright and she got it when there was structure put into place, she was frustrated when she would lose attention and not understand what went wrong. We experimented with long-acting and short-acting medication, which helped, but the habits she had created to get by in the classroom stood in the way of sustained success.

It was hard as a parent to watch that and see that self-esteem begin to deteriorate. So, I was very proactive in finding resources for her. At that time, there wasn’t a 504 plan; there wasn’t an IEP for them. And I fought long and hard, and I actually ended up getting her an IEP. I’m telling you, I was a parent that probably would not have wanted to put my child on an IEP because I didn’t understand them. But once I went through the system, and I saw the benefits, it really saved her.

She is a success today!

She graduated, she moved on, and she’s a very successful little businesswoman today.   But she still has ADHD, and she has to have systems in place. Right now, we focus on financial stability in structures so that we can control some of the tendency to be impulsive with buying purchases. So it continues to go on overtime.

ADHD, they say, is a chronic disorder; that needs to be managed. And it can be. That’s the great part. It really can be managed between medication and solid structures in place. There is absolutely nothing that somebody with ADHD can’t do that really has the support behind them and the resources that are so so important.

So that’s what is what has driven my passion for ADHD. Over many years I’ve been able to help hundreds of people. This journey has turned into  my passion and purpose.  I continue to want to share this with other people.

Raz Coaching specializes in helping people with executive function challenges associated with ADHD, PTSD, Stress, TBI’s and ASD find careers they will love and land them. Read more at www.razcoaching.com/about Or sign up for the weekly blog or purchase my new book Happiness+Passion+Purpose.  It is packed full of exercises and strategies you can put to use immediately. 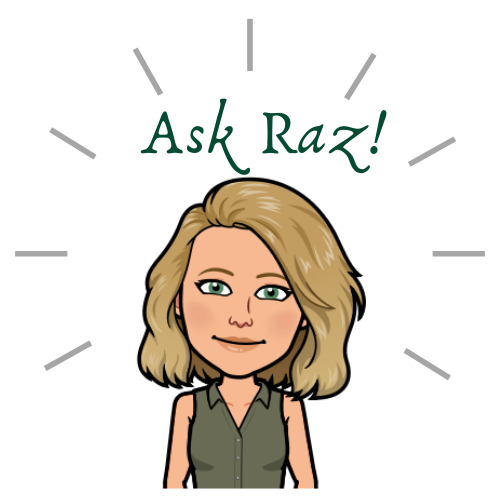 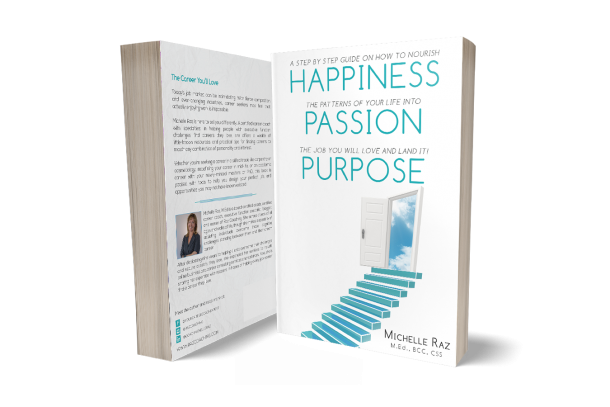